Travelling in Tibet is one of the most sought out travel destination of the world. Either for pilgrimage, spiritual or for the sake of great scenery, Tibet has always allured many tourists from the globe. Tibet Autonomous Region lies in the southwest of China and in the Qinghai-Tibet Plateau. It is bounded to the north by Xinjiang Uygur Autonomous Region and Qinghai Province, to the east by Sichuan Province, to the southeast by Yunnan Province, to the south and west by these countries: Burma, India, Bhutan, Sikkim and Nepal. The region covers an area of around 1.22 million kms, which accounts for 12.8% of the total of China.

Out of several activities and tours in Tibet, the best way to understand & visit Tibet is by taking a tour starting all the way from Lhasa and ending in Kathmandu. The excitement of being on the Roof of the world and the awesome natural beauty of Tibet is one of the highlights of the trip. Not to forget, the opportunity to reach the Everest Base Camp from the northern part is an added bonus. Long regarded as a land of mystery and magic, harsh yet exquisitely beautiful, Tibet is without a question a world apart. The tour, Central Tibet With Everest Base Camp, reveals some of the best Tibet has to offer – high passes topped from a colorful prayers flag, crystal clear lakes in indescribable shades of brilliant blue, snow-capped ranges sheltering valleys, covered by the field of barley and golden yellow rape.

The current itinerary of Central Tibet With Everest Base Camp is the outcome of numerous feedbacks, trip reports of travellers, and top-notch recommendation from the wanderlust articles worldwide. The course is designed in such a way that everyday traveller’s body is adapting to the thin air of the Tibetan plateau while their minds are playing with the beautiful landscapes, soulful vibe of the divine Tibet, unique cultures, etc. All in all, travellers end this trip with an excited and relaxed mood.

Today is the arrival day and no other activities are planned for the day except for group meeting. Appointed Guide will be receiving all group members from the airport or train station and assisting them in checking in hotel in Lhasa. Once all group members are received, guide will do the needful preparation for the first group meeting where he will be discussing with all about the trips, do’s and don’ts etc.

**Note: for the comfort and ease of client to choose any port of disembarkation, this year we are not including airport/ train station transfer on day 01. While making bookings please do share with us with confirmed flight or train details

SIGHTSEEING DREPUNG MONASTERY
Drepung means rice-heap which comes from the Sanskrit Dhanyakataka, the name of stupa in south India where the Buddha first taught the Kalachakra Tantra. The monastery is located 8 km west of Lhasa. With an area of over 20,000 sqm, its principal buildings are the Tshomchen, the four main tratsangs, and the Ganden Potrang. Each of these has its own residential units, Khangstens and other functional buildings. The major structures follow a simple architectural plan. Each consists of a courtyard, a large hall and inner chapels. Dominated by a high ridge known as Gephel Utse, Drepung was founded by Jamyang Choje in 1416. This celebrated yellow hat lama was born near Samye to a wealthy family (a childhood friend donated large sums for the building of Drepung). With the contribution of rich families and feudal lords, he announced plans to create a great monastery One year after commencement, the monastery had become home to 2000 monks. By the time of the Fifth Dalai lama (1617-82), its population had grown to a staggering 10,000 monks. Pilgrims move through the complex in a clockwise sequence from the parking lot fronting the main entrance: Ganden Potrang, Tshomchen, Ngagpa Tratsang, Jamyang Lhakhang, Loseling Tratsang, Gomang Tratsang, and the Deyang Tratsang.

SIGHTSEEING SERA MONASTERY
Is one of the Gelugpa’s six great monasteries (the other five are Drepung, Ganden, Tashilumpo, Labrang, and Kumbum). Sera lie at the base of Phurpa Chok Ri, a mountain of the Tatipu Range that defines the northern limit of Lhasa city. It was founded in 1419 by Sakya Yeshe (1355-1435), a principle disciple of Tsong Khapa. The complex today, a veritable monastic city, occupies a site of nearly 12 hectares. It is made up of the Tsokchen Great hall), three tratsangs, and 30 Khangstens. A Khangsten is a residential compound with chapels reserved for monks coming from different areas of Tibet, whereas a Tratsang is a college that offers specialized studies, headed by its own abbot (Khenpo). It was a vital center for religious activity and Sera boasted over 5,000 monks and novices. It is one the best-preserved monasteries in Tibet, its principal buildings were in explicably spared during the Cultural Revolution. Pilgrims follow a well-trodden route when they visit the main chapels. The basic clockwise sequence is Sera Me, Ngagpa Tratsang, Sera Je, Hamdong Khangsten, Tsokchen, Tsong Khapa’s hermitage.

The Potala Palace towers over Lhasa and is an enduring landmark of Tibet. Little remains of the original structure built by Songtsen Gampo other than its foundations. After Lhasa was reinstated as the capital of Tibet in the 17th century, the Great 5th Dalai Lama began construction of the White Palace (built 1645 – 53) employing 7000 workers and 1500 artisans. Jokhang: The Jokhang Temple is 1300-year-old, a golden-roofed building at the center of the Barkhor Market. The most sacred and active Tibetan temples, it was founded by Bhrikuti, King Songtsen Gampo’s Nepalese Bride, on a site chosen by his other wife (a Tang dynasty Chinese princess, Wenchang) as the principal geomantic power – place in Tibet.

Today, is the free day in Lhasa. However due to uncertainty in policy of Tibet Government, please do check with your guide about the possibilities of going around freely. Should you be interested in visiting other places of interest, you may consult with your guide.

Gyantse (3950m) is 254 km from Lhasa. The drive is long, yet scenic across the Khamba la, Kora La (passes), along the shores of Lake Yamdrok Tso. Once an important trading town, Gyantse retains the feel of Old Tibet.

In the morning, visit Gyantse’s Monastery – Pelkor Chode. The main temple of Pelkor Chode, the Tsuklakhang was built 1418– 1425 AC by the 2nd prince of Gyantse. It was an eclectic academy with 16 dralsang (colleges) belonging variously to Sakya, Butonpa, Geluk and Kagyu schools. All the dralsang buildings have been destroyed, however the main assembly hall was preserved along with its remarkable (15th images and Murals). The top chamber is decorated with fantastic mandalas in Sakya tradition.

We continue our drive to Shigatse which stands at the confluence of Nyangchu and Brahmaputra Rivers. Shigatse is Tibet’s 2nd largest city. In Shigatse, we visit Tashilumpo Monastery which was founded in 1447 by a nephew and disciple of Tsongkhapa who was retroactively named the first Dalai Lama.

We continue our journey towards Shegar via Sakya town. Sakya is the principal seat of Sakya School and as such played dominant role in the political and religious history of Tibet in the 13th and 14th century.

After leaving Shegar, we will turn off the friendship highway for a stunning drive through Qomolangma National Park to reach the tiny Rombuk Gompa at 5000m. In the afternoon time we will descend into the Rombuk valley and Everest will jump quickly into the view, which would be first chance to catch a glimpse of this inspiring mountain.

Everest Base Camp excursion (5090m), a 02 hrs trek from Rombuk will lead you to the base of the highest peak on the earth. The North Face of Mount Everest (8848m) or Mount Qomolangma in Tibetan.

After the hike, we continue our drive towards Lower Kyrong via Paiko Tso Lake

Today we will continue our drive towards border of Nepal & Tibet. Kyrong or Gyirong Port (Rasuwa Port on Nepal side) is located about 160 km from Kathmandu, capital of Nepal and about 820 Km from Lhasa. At the border, you walk across the bridge joining Nepal and Tibet. Then after necessary immigration formalities in Nepal part, we continue our journey towards Trishuli. The road connecting the border and Trishuli town is adventurous and we can expect to have a bumpy ride.

Today we will be driving towards Kathmandu. Once in Kathmandu, you will be dropped at your booked hotel. 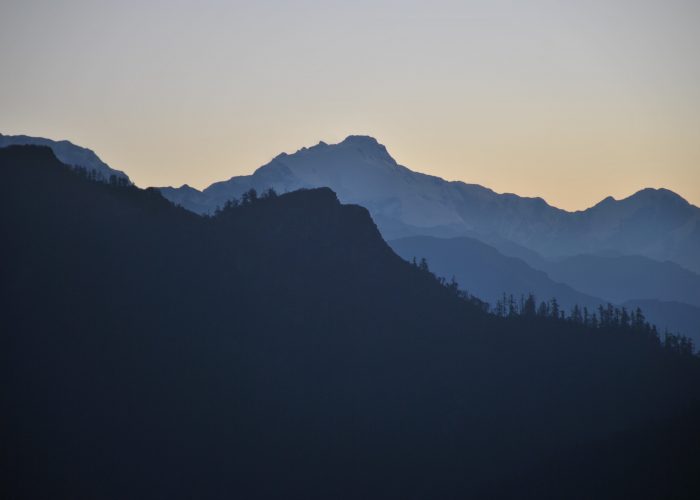 ALL INCLUSIVE YOGA & TREKKING I HIMALAYA 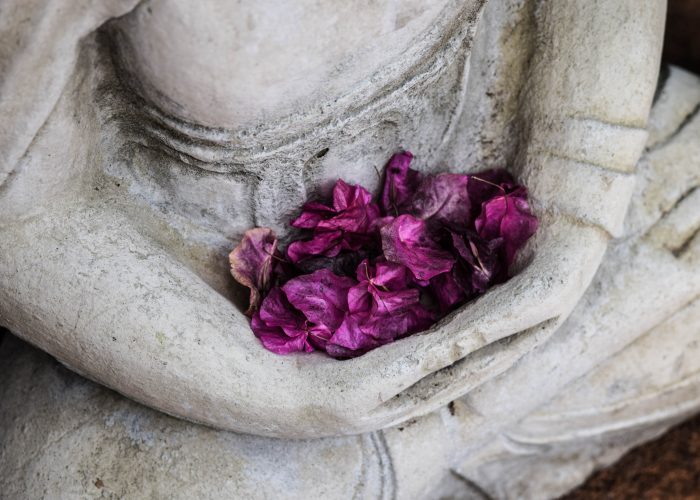 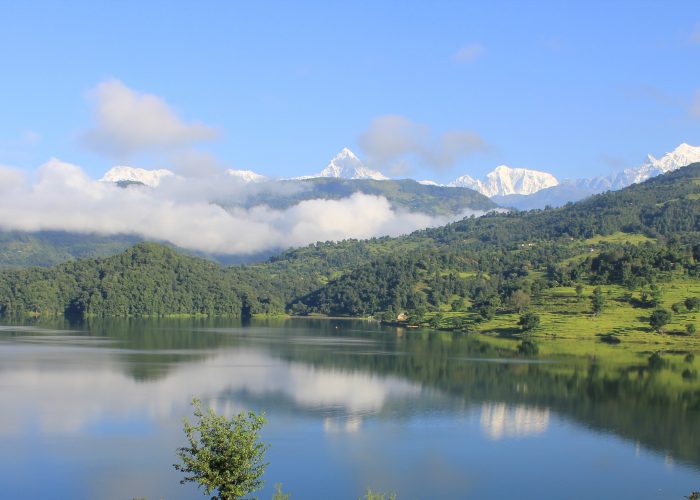 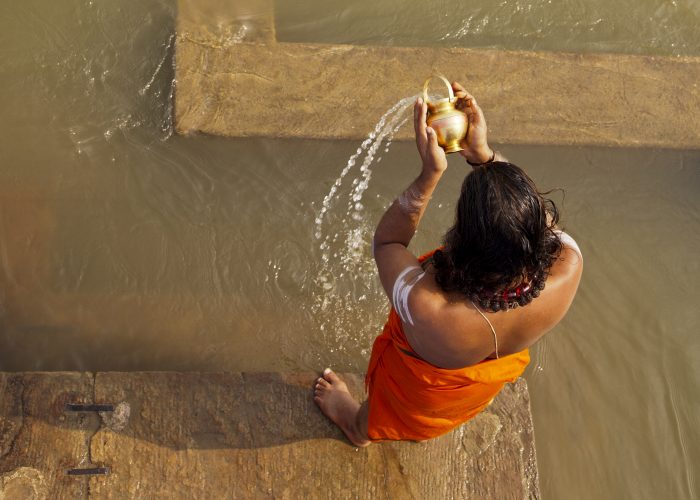 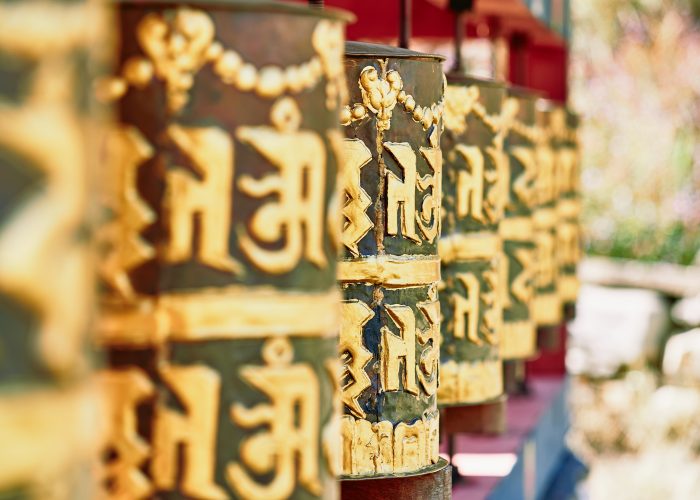 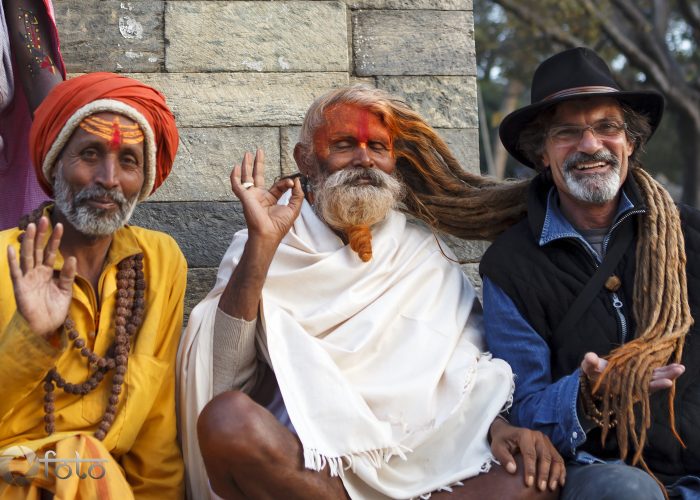 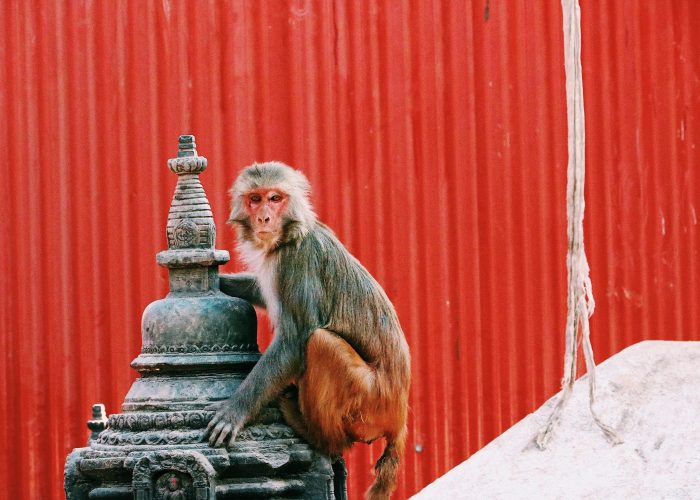 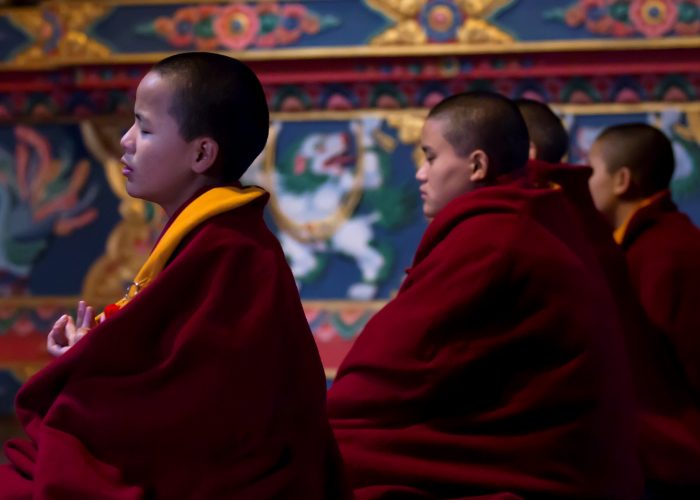 TID TIL FORDYBELSE I NEPAL 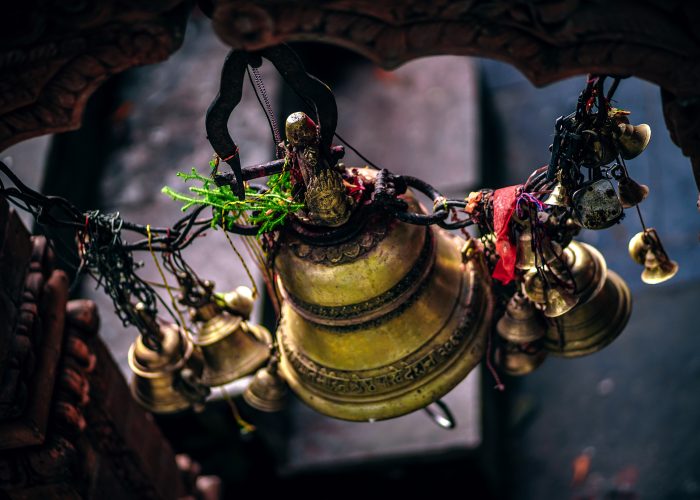 Fra19.300 kr.
17 dage
Året rundt
Kathmandu, Nepal
0
We are using cookies to give you the best experience. You can find out more about which cookies we are using or switch them off in privacy settings.
AcceptPrivacy Settings